In the late 1960s when he was studying architecture at UC Berkeley he worked at the Ghirardelli Square bookstore where posters of popular imagery, like the Haight-Ashbury street sign and the Jefferson Airplane poster, sold for a dollar. He liked the idea of inexpensive prints that anyone could own & enjoy, and he started to make artwork with that goal in mind.

Jeff also worked from the figure in the early 1960s. He took several life classes from Ralph Borge and Richard Gayton at the California College of Arts and Crafts in Oakland, CA. The decision to focus on the figure as central subject became more definite around 1970 influenced primarily by two artists, Mel Ramos and Robert Bechtle. The fact that Mel Ramos used the nude in his work gave Jeff permission to do so, and when he first saw Robert Bechtle’s painting "60 T-bird" at the Berkeley Art Museum he realized he could use photographs to obtain an overall level of comprehensive detail and the fact that a museum would exhibit a painting that was, however reluctantly, a love letter to a car incensed him. This incident provided the motivation to pursue art.

Jeff's artwork is in the collection of the Stedelijk Art Museum, Amsterdam, Nertherlands; Crocker Art Museum, Sacramento; the Oakland Museum of California, Oakland; Center for the Study of Political Graphics, Culver City; Joseph A. Labadie Collection, University of Michigan, and private collections. I’m Not a Man

I’m not a man. I don’t like football, boxing and cars. I like to express my feeling. I even like to put an arm around my friend’s shoulder.

I’m not a man. I won’t play the role assigned to me- the role created by Madison Avenue, Playboy, Hollywood and Oliver Cromwell. Television does not dictate my behavior.

I’m not a man. Once when I shot a squirrel I swore that I would never kill again. I gave up meat. The sight of blood makes me sick. I like flowers.

I’m not a man. I went to prison resisting the draft. I do not fight when real men beat me up and call me queer. I dislike violence.

I’m not a man. I have never had the clap.

I’m not a man. Playboy is not my favorite magazine.

I’m not a man. I do not feel superior to women.

I’m not a man. I don’t wear a jockstrap.

I’m not a man. I write poetry.

I’m not a man. I meditate on peace and love. 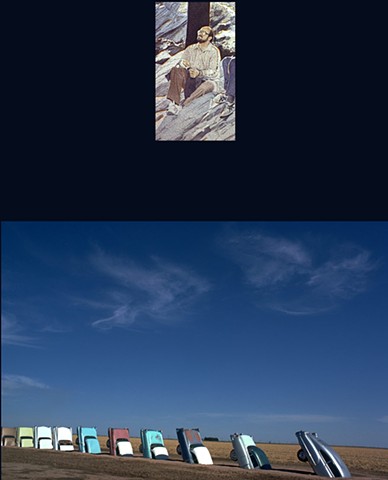